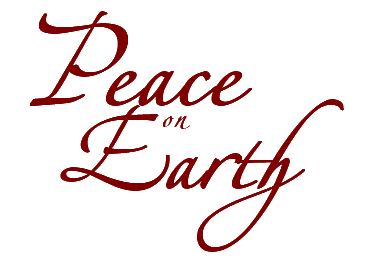 The shortest day, or daylight hours I should say, as far as I know there are still 24 hours in the day.

Supposed to be the end of the world today, but I am thinking maybe not gonna happen?  I could be wrong but it doesn’t seem very much like it.

Frank Zappa’s Birthday too, or would be if he weren’t gone to the great white beyond ..

A time of celebration for almost every culture and religion .. I think anyways.  The ones I know about.

A most wonderful time of the year

is about Peace and Goodwill and all that happy horse stuff…  what?  It’s Christmas and this is a family show.  Kinda.

It’s 3 days til Christmas Eve and Santa comes to reward the good little boys and girls and give the bad ones coal.  We all know that Santa doesn’t really leave coal.  Because kids aren’t bad, they are human and do bad things, make mistakes and don’t know better.  That is part of growing up, learning what is right and wrong, how to be a part of the community and become productive members of society.  It’s parent’s job to guide them and show them the way.  They are going to make mistakes, and when they do, the parents will show them where they went wrong, how they could have done better, and then hope that the lesson sinks in.

Coal is excellent leverage for the parents though, true story, so I don’t see any point in letting the cat out of the bag.  Ever.

Santa is for another day so back to the happy horse stuff. 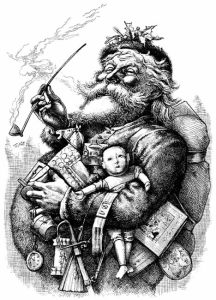 I often wondered why it was so that this time of year brings out the best in everyone. Usually.

Everything is bigger and more of – more good fuzzy feelings, more money spent, more food and drink, more giving and caring and kindness.  It is a holiday perfectly fit for someone who already feels everything more anyways.  Except that I still feel more..so its more more and its huge.  But this isn’t about me so

The tragedies even are more  – worse because at this time if year we should be basking in the light and warmth of family, getting ready for Santa Clause and some thing bad happening is  – shocking, more so than at any other time of the year.

What warms my heart is that people seem to be ok with the feeling and caring.  they turn off the autopilot for a few weeks and everybody ..ok most people, try to be on their best behavior, digging deep for more patience understanding, and tolerance, putting away differences that may be long felt, in order to make someone else’s holiday a better one and to be part of the great big picture of goodwill and happy things.

I have a theory about why it is now and only for a small amount of time.  Ready?

Back in the Dark Ages, before the Age of Enlightenment and electricity. with  a shortage on daylight and most place being dang cold, the poor oppressed peasants, well all the people really but it had to be toughest on the peasants with 10 people in a mud hovel… learned to get along with each other and work together for a better community because they were jammed into their hovels or castles and in close proximity to other humans a heck of a lot more than during any other time of the year.

No one wanted to be out running around in the dark so they were inside by the fire drinking grog – which is a peasant word for alcohol, and if they had a misunderstanding, well they really couldn’t get away they had to face it.  And dueling or sparring would have been looked down on as too much blood would make the living quarters inhabitable. 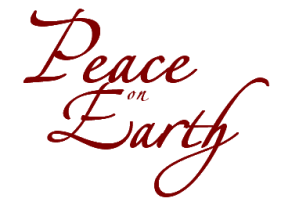 What do you think?  Make any sense?

Well whatever it is, I wonder why it isn’t an attitude we carry with us, as a people, as human beings, the whole year through.  Why just now?

I challenge you to think about how you contribute to the peace, goodwill and happy horse stuff during the holidays.  Are you kinder?  More patient?  Do you give to charity or so something else that you wouldn’t normally do?  Write it down.

Then after the holidays, when the decorations are gone and we are all at least 10 lbs happier, er heavier, take out what you write and think about ways you can continue to contribute, all year-long.

Maybe it is as simple as not shaking your fist and yelling an explicative at the driver that cut you off, or asking the grocery clerks how their day is going and really listening to the answer.  There are a gazillion little ways that we could keep the kindness and stuff going and when one of us starts it is contagious and pretty soon there will be peace on earth all year-long.  Or until the world ends anyways, whichever comes first.  That’s kind of like the whole simple acts of kindness and paying it forward concepts, the idea behind them.  Kindness begets kindness

In order to do this you have to commit to being in the moment more often.  Autopilot is easier, but it also lends to thoughtlessness that can be misconstrued as ill will. Be mindful of your fellow-man, just like now, it’s really not. that, hard.

I wonder if people fear that if they keep the feelings and warm fuzzies all the time, the holidays won’t mean as much because they would feel the same.  Well I am here to tell you, if you feel more, you will feel more.

I still have faith in humanity, Santa does too, so what about you?

May we be  blessed with plenty of love, be it through peace and goodwill, or happy horse stuff, for the holidays and all year-long.