Happy day to you all! 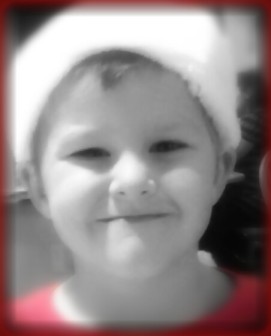 I am full of Christmas cheer and goodwill and just plain happiness today.  ♥

We had a little mini precelebratory Christmas Christmas because of the kids going to not be here on the actual Christmas day.

Santa will be able to find them no problem (I wrote him and told him just to be safe) and we all wanted to share their joyful glee as they open their presents from us.  Besides it would be really expensive to ship them to where they are going and then wonder how they will get them back.  we have learned over the years how to streamline the process and enjoy the holiday with the kids even though they aren;t always here.

Anyways, I had a bit of an aha! moment – almost grown-up actually , or a little sadly but with the silliness ensued,  I am restored to not being the responsible adult in the room.  Which of course is a whole other Mental Moment, and on;y included here as a reference to the fact of the matter which is all this time we have said it is all for the kids. \

Of course it is.  we don’t want them to miss out on the things that they do with us for Christmas and that is something that came up with the older ones and a couple of times the past few weeks with the younger ones.. “But we will miss the…fill in the blank”

Not all however is for them.  It is for us almost as much.  For I think we begin to realize as we age that we can’t  take these moments for granted of course but also that much of what makes Christmas Christmas, for me anyways, is to watch their eyes light up and to witness their amazement and joy and wonder at the magic of the season.

Much of what is so hard during the holidays I think,  is that they aren’t the same.  Oh we do the same things and sing the same songs and eat the same foods and are very set in our holiday traditions, but there is a lot of room to include the spirits of those that passed away and the memories of those who are not with us for what ever reason anymore.  For the joy, there is sorrow that seems to me,  heavier as the years pass.  The one thing that has never changed much more than the names  of the little ones as they pass through the ranks, is the enjoyment and wonder I see my kids have. They also bring me closer to the holidays of my past, remembering my grandparents and others. And remind me why I believe.

I digress and want to bring us back around to the original intended Mental Moment for the Holidays,  and it kind of worked out pretty well just how I like them too..

One way to get the kids in hyped up holy crap it’s Christmas mode quick fast and in a hurry, is with a Christmas Tree.

I am going to pause for a moment, I really didn’t think I could recover and would just have to change the whole tone of the moment.  Saved by the tree..  No I didn;t make that up just to make this work, it is a true story.  I think, having 6 kids, a grandkid and being a silly kid myself sometimes qualifies me to know what will get  kids in the spirit.

Besides presents.   Why else would I say it?  Maybe it isn;t true for you or your kids, and if so, feel free to let me know but for me, my kids, it is the beginning of fun.  the picking out, putting up and decorating of the tree.

The tree as a treasure predates Christianity, being commonly sought after, especially during winter time when hardly anything was green and used for its smell and color.  Egyptians and Romans commonly used evergreen branches, especially during Winter Solstice when the Romans celebrated by exchanging smallish gifts and coins.

Druids of Great Britain used the branches nad trees along with holly and mistletoe as symbols of eternal life and the evergreen kept away the evil spirits.

It was not an indoor decoration more than the branches singularly until the 16th century and brought over to America by the German’s in the 17th century.

The Christmas Tree is often its own event in Christmas celebrating – decorating it I mean and there are as many traditions as there is variety of tree that make them even more special and unique to our own family. Typically it is the central theme of Christmas decorating and celebrating and is not specifically linked to be ing a Christian symbol of the holiday.

Some families go out and cut their own tree down, some by them off the lot, some have artificial trees and put them together every year on the same day in the same way and many people who utilize the tree have a special topper that holds special meaning for their family.

There is not  a year I remember that there wasn;t something involving or about the tree that became the fodder of stories told and retold.   Sometimes it is as simple as how much of the tree was buried under the presents (as measurement for a light Christmas)

My Grandma got my brother and I an ornament a year starting when we were young so that when we moved out and got married we would have ornaments to decorate with.  My mom has done the same for her grandkids.

I have never not had a Christmas tree. Even if it was a small 2 ft Charlie Brown Tree or a huge 10 footer

I prefer the live ones with lots and lots of light s but not blinking – that makes me crazy, and the tinsel is of course hanging icicle strands that must be put on one at a time or else (except when mom and dad turned away then, three or four . I think the highest w had was six before it affected the appearance of the tinsel.

My ex husband and I always got a real tree and amongst other things we had at Christmas time, the kids and I learned at least one new curse word every year.  Sometimes two.

My parents have pretty much always had an artificial tree and it has its advantages too.  They have started leaving their house decorated until late January or early February because it is so beautiful.  And they can.

Here is another clip from my favorite Christmas Vacation  – I was going to look for something else, but why ?

May we be blessed with plenty of love, in the form of a tree or other beloved holiday tradition and symbol..

To Your Mental State Whatever it may Be…