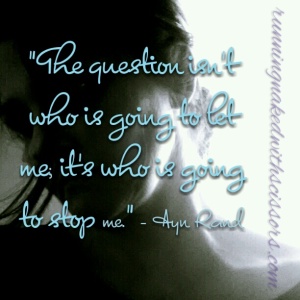 I used to be a pretty girl.

Not saying I’m not now but smack in the middle of middle age,  as much as I hate to admit it,  girl no longer applies.

Approaching another birthday very quickly I think I’m resigned to the facts :

1.  I may be a spinster ( such a weird word)
2. I should probably get a couple friends for George to keep up appearances as such.
3. My hair will turn white (which is kinda cool)
4. I will dye it purple (which is super cool)
5. People will think I’m crazy. I mean more so than I already am.
6. I’ll probably do silly stuff just to feed their opinion. Cause I like messing with people sometimes
7. I’ll probably do crazy stuff for real and not on purpose at all.
8. I probably will not have a significant significant other. (which goes back to spinster.. See the theme here?)
9. I don’t really care
10. I kinda do.

A few years ago I made a post bragging about my great ass at 40. OK maybe Two. And I might have mentioned it a few… dozen more times too. I kinda knew I was thumbing my nose at Karma and she’d come back to get me, but for the first time in nearly my entire adult life, I had that kind of belief and acceptance of everything I was.

Of course. I wanted it to last forever.

Nothing lasts forever but I was hoping it would last a little longer than it did.

Women seem to come into their own, right around my age. Stronger more confident more accepting of themselves no matter what life smacks them with. Wrinkles a little belly, stretch marks cellulite saddle bags, teenagers.

None of that matters at much as we thought it would.

I’m there but the thing is, being single at my age and trying to date, brings back a lot of the insecurities. Not when I was 40 and rocking it.

Things change really quick after 40. I’d say go downhill but I don’t think that’s fair. Change.  Things get saggy kind of and if you look to your left, it took me a while, but I perfected the selfie post that shows the least wear and tear I think.  Actually lying down takes 15 years off instantly because all the loose skin on face and neck fall towards the pillow and appear smooth and supple.  True story.

Mornings are the worst. The pillow smashes your face in awful ways which do not un-smash by the time you hit the kitchen for your first cup of coffee.  Nooooo, these things take hours.  Hours.

In a mere year, I gained 30 lbs, which gratefully went mostly to my boobs and to more muscle now that I’ve started going to the gym again. I have a dimply butt and god awful old lady varicose veins on the backs of my legs. My hair went from one really cool white streak to hell lot of grey all over.

I’m a grandma for shit sake I should embrace these changes.
Maybe I would if I had a grandpa by my side. I don’t know.

On one hand I’m perfectly content living my own life. On the other, I really want to share it with someone.

In order to do that I have to date. Now the dating thing does keep you young kinda. Or delusional maybe. It gets way old though. I’m not twenty anymore I don’t have time to deal with that bullshit.

My mental.. state makes it even harder.

I had a point to this post. I forgot what it is. Probably early dementia who knows.

I just want to tell all you girls and younger women out there, Love who you are now. Accept everything about yourself now. I didn’t until a few years ago and I got gipped. Oh I’ll get back to it I’m sure. This is a hiccup. The Birthday soon, the changes etc.

If you start early, it can only better for you. I wish I had

I’ve had love. A life. A family. A house and everything I could have wanted. Except me. I’ve had almost none of that and found myself too. It’s all good.

And Now I’m starting over and resigned to being a spinster with many cats hoping my kids will take care of me when I’m old and crazy. And at least help me dye my hair purple.

Cause that’s cool and hip and young. And me.

I am not going to wear purple, or red hats or house dresses.  I am going naked.

The kids will probably replace my scissors with safety scissors though.  I won’t be quiet.  They think I enjoy embarrassing them in public now?  HaHa just wait.

3 thoughts on “Diary of a Crazy Future Old Lady”