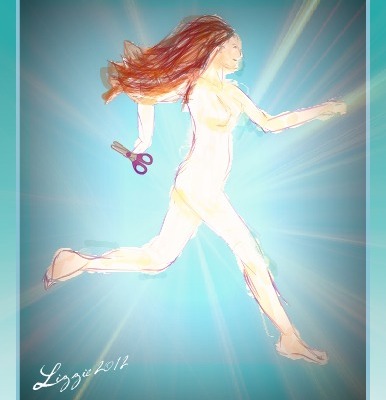 When my brother and I were little we found a treasure trove of records, 45’s and 78’s which were my mom’s and her brothers when they were younger.  We still had record players back then, in the not so distant past I might add, We had one of the semi-portable ones and would sit in my brother’s room for hours pouring over these records, listening intently.

Some, mostly the 78’s, were fairy tales and other stories narrated with music and the 45’s were music from when my mom was much younger, but older than my brother and I at the time we found them.  There were a few in there that contained inappropriate humor for our ages, which I am sure were forgotten amongst the pile of records when we were allowed to have them.

There was one my brother and I found absolutely hilarious, probably more about the singing than the content itself, called “Big Bruce”.  I’ve since learned it was a parody of the song “Big John” popular a few years or more before we were born, and instead of explaining the song, I have put it here, for your listening pleasure.  I will warn you, it may offend some, but just bear with me a bit and I will get to the point.

I am a little late weighing in on the whole Bruce Jenner thing.  I had to think about it awhile.  Last night while I was contemplating my position on the matter, that very song popped in my head.  So sue me.  But here’s the deal.

This, for one is not really about Bruce Jenner, so don’t jump down my throat thinking I am bashing the guy for his choice to do whatever it is he wants to do.  I do however strongly disagree, and maybe need to just say as politely as possible,  with his statement of

For all intents and purposes, I am a woman

Well Bruce, no you are certainly not.  Sorry, but your DNA says you are male, and no amount of mutilation to change your body will change that.  You may, however be slightly delusional, your mind perceiving you to be something you are clearly not.  Like an anorexic thinking, and seeing themselves as huge and disgusting when they weigh 80 lbs.  That’s called body dysmorphia.

The disorder of it is being overly concerned about a perceived flaw (perceived) in your body or appearance. I am not sure what the ambiguity of identifying with the sex you are is… but that sounds a little like it may fit.  Maybe your perceived flaw is you have a penis.

It sounds intolerant and like I am bashing him /her, whoever, and the transgender community but I am not.  I don’t understand it, I will be the first to admit it, but my humble opinion is that Bruce Jenner is gay and would rather change into a woman than admit it, after all he was the big hotshot sports dude in a time where it wasn’t cool or accepted to be gay, and even in these times where it is, (and rightfully so) it’s hard to change the image.

Gay with a deep self-loathing that pushes him to want to change his body.  Sounds kinda like it might be some kind of mental illness, but what do I know, it is after all based on perception.  What does anyone who wants to argue with me really know?  Your point is also based on your perception.  Let’s agree to disagree,

But here is something you can’t really disagree with.

Studies put the transgender community as one of the highest suicide rates compared to any other group at over 20 percent and over 10 times greater than the general population.

Oh sure you can argue it’s because of the stigma and the ridicule and the isolation, because lack of adequate care and mistreatment, but I can argue that people with oh, say, bipolar, schizophrenia, severe depression, etc, also face these things daily and their suicide rate is 10-15 percent, depending on their particular demons.

Still very high but not as high as the transgender community, to include those who have gotten exactly what they thought they wanted and changed their bodies to match their perception of themselves.

All that aside, Bruce Jenner, and any person who feels they are not who they were born as, is free to do as they wish, free to live the life they want, I may have an opinion but it is not of hate or intolerance to any one group of people.

I am all for better support of the transgender community, as I am with any group of people, for tolerance and am pretty much a live and let live kind of girl, so again I say, this is not about Bruce Jenner.  He, like Big Bad Bruce in the song is living his truth, delusional as it might be.  Good for him.

I just don’t think we are supporting them the right way is all.

What really gets my goat is after his little coming out, or whatever you want to call it on national tv, supporters came pouring out on social media, calling him a hero?  Saying he saved countless lives?

Two weeks before the interview aired I’ll bet half of them were the ones laughing at his pictures splashed across the tabloids.  I bet before that interview, some of them were the ones who shamed the transgender community and were complete asses to them.  I bet not too many of them are aware of the poor outlook for his situation.

Even more alarming is the fact they are still talking about it.

Ok yeah, so am I now.  I get the hypocrisy involved here, but I don’t think he is a hero. At least not for this. I think we live in a sick sad time where PC is more important than the truth of the matter, oh and so help us if someone gets their panties in a wad about how people look at them the wrong way.

I am among that group of people who gets looked at weird all the time, my panties aren’t all bunched up if someone calls me a lunatic (a recently removed term from accepted use due to PC bullshit)

Mine are in a wad about being faced, ad nausea um, with Bruce Jenner everywhere I turn.  Not really him but the simpering kiss ups who suddenly are sooooo understanding, and the ones calling him a hero for his announcement on tv. It was brave of him, I will give him that. Being brave and being a hero are two different things.

You can’t get away from the coverage.

Even Kim Kardashian-West got her 15 minutes more of fame for giving an interview saying…well I am not really sure what she said, or the point of it.

Pretty typical of how I perceive Kim Kardashian-West.  Just saying.

It bothers me.  I am sure I am not the only one, so where are the PC police now?  Oh right, they only side with the completely ridiculous, not the sensible.  Whatever.

My concern is how many will take it overboard and start believing children are capable of deciding they are transgender.  Case in point, Shiloh/John Jolie-Pitt, an eight year old girl who understandably, having all brothers and being raised gender ambiguous by her parents, identifies right now with boys and is being fully supported and recognized as such in the media.   An eight year old girl, or any child before puberty doesn’t or shouldn’t know enough of sexuality and stuff like that to decide they are transgender.

What are we doing people?  The pendulum of support can swing too far the other way to dangerous territory which benefits no one if we are not careful, if we continue this descent into PC madness.

Big Bruce in the song was living his truth, obviously he was gay, and he did what he loved, being a hairdresser.  In the end a huge fire took down the building and Brucey ran back in exclaiming “Mercy I forgot my purse”

To him that was what was important, important enough to risk (and ultimately lose) his life for, I suppose in the same way this change of identity is what is most important to our beloved celebrity of sorts, Bruce Jenner.

I think though Bruce Jenner, like Big Bruce running back for his purse, is running into a burning building, everyone watching and waiting.