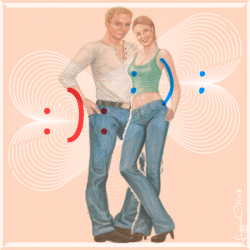 Because day to day living isn’t hard enough to navigate with bipolar disorder or other SMI (serious mental illness) let’s add dating and see if you can manage a relationship too.

So you go online, find the dating site of your choice and start to write your profile when it occurs to you;

Is there a specific rule for disclosing a mental disorder?

You are in a conundrum and one there is no real set in stone answer for. There are of course opinions from both those who have mental illness, have withheld for awhile, and then tried immediate disclosure, neither with much success, and those who have had the big bomb dropped on them at the worst time and felt like they were trapped or tricked.

Then of course there are those who just like hearing their own, misguided due to complete inexperience, voices chime in because they can. Online dating communities, possibly because the human interaction is not immediate, tend to be quick to judge, therefore more of a crapshoot.

Tell too soon and you run the risk of never dating at all, tell too late and you may be accused of trying to trap or trick someone into loving you before you tell them.. you aren’t really all that lovable (a common yet errant misconception)

The fallout from the reaction of telling at the wrong time, can be devastating to a person with bipolar disorder or any other SMI. To make a connection with someone and feel the little pangs of hope and butterflies of attraction, to spend enough time with them to think they may be the one, only to be completely rejected and often in a cruel manner, is not easy to bounce back from.

If it happens repeatedly, it can trigger an episode of depression or mania. especially if relationships are a trigger.

It’s hard to know what to do but with a little more experience in the dating scene, there are a few good indicators of when, and even if, you should get to the point of disclosing your mental disorder. Once you have a feel for the types of reactions you may get, telling or not will become more natural to you. .

if I should tell you I have bipolar disorder before we meet, shouldn’t you tell me you snore really loud?

Apples and oranges, but really, not so much.

Look at it like this, bipolar disorder is a serious mental illness and one of the reasons it seems to be such a hot button on the dating scene is due to the fact being a disorder of extremes in mood resulting in impulsive, often unpredictable behavior, and dating being an activity that can trigger high emotions, extreme mood swings,and lead to some of the dysfunctional behavior,  directly affecting the person dating the bipolar candidate, the fact there is something amiss is often apparent shortly after meeting if the two hit it off and the feelings start to grow.

Conversely, the person with bipolar may have the milder forms and be stable until farther into the relationship, not unraveling until things begin to get serious.

Either scenario has the nonbipolar one feeling a little confused and a little deceived, like they should have had the choice at the get go, before any emotional involvement takes place to stay or go.

Problem is, if told up front, most likely, they would have bailed without looking back.

They would flat out ignore the, smart, funny, gosh darn it people like you, very cool fun vibrant person you are and seen only ..crazy.

Sure that ends up being their loss but it’s yours too because, whether they want to admit it or not, most people, even the ones who think they would say ‘ oh well ok’, don;t want the extra crap that comes in a relationship with someone who has a mental illness.

Relationships are hard enough, Being the person who may be in love with the person with bipolar disorder automatically makes it an effort.

Nevermind that all relationships require effort to sustain.

But once a connection is established, there is mutual affection and attraction, there has been enough time to see the stable person before the disorder comes out, there are many who will say,” I want to be with you anyways”.

They just don’t know it really because they base their opinion on outdated or erroneous information, and once with a stable person with the disorder, see the truth. But the ones who suffer with bipolar disorder, know they are worth loving and having a relationship.

They also know starting out with “I have bipolar disorder” as a way of introduction will leave them without even a shot, a chance, a glimpse, or a long shot at best anyway, as much as someone telling you they have a horrible snoring problem, so bad that one night the upstairs neighbors called the cops to stop the noise, has of finding someone to sleep with, after disclosure of the issue.

The two facts are different because no one thinks to tell you they snore so loud no one sleeps, before you find out for yourself, yet most think bipolar disorder, or other serious mental illness should be disclosed immediately, even so far as to suggest it be added to the profile questions.

So that they can pass over the ones who have something undesirable there without any involvement at all.

It’s just easier that way. For them, No need to make anyone uncomfortable.

Except the ones revealing something to every Tom Dick or Harry perusing the profiles for casual encounters, they only tell the closest most trusted of their friends and family.

The facts are the same because both scenarios in some sense or other, to whatever extreme, affect the other person, possibly disrupting their lives.

So would becoming involved with a person who is HIV positive, but they by law, do not have to disclose their status. End of debate on that. A contagious possibly life threatening, certainly life altering disease, transmitted through body fluids, like often happen during dating, and although the ethical dilemma is certainly there, it is not open for discussion or repercussions.

But having bipolar disorder, or another mental illness, is? Not legally but as judged by the very people who thought someone was the one, special, not too long ago, who upon finding out, consider that still special person, (for we all are), subhuman and treat them as if they pissed on their Wheaties in secret every day they knew each other.

Searching the forums is not the best answer, as it feels much like a witch hunt if you stay too long. I speak from experience of exploring dating forums looking for the proper etiquette as far as disclosure goes and seeing answers like, don’t bother, why would you think you deserve love? run away without looking back… “these people, if you can call them that, are not worth loving, they will suck the life out of you and they don’t deserve a minute of your time.” directly from a forum no longer active from a major popular dating site.

So what is the right answer?

It is an ethical obligation, in my mind, disclosing a condition such as bipolar disorder to someone who may be affected first hand by the fallout of bipolar episodes. The more serious form of the disorder, the more there should not be any question about telling a possible serious love interest. And there is a line when it does become deceitful not to tell, which if crossed puts the true foundation of the entire relationship at risk, but when it comes to dating, when is the right time?

Theoretical debate sometimes has a way of not playing out in real life. Whatever the theory or proper answer here, this is an issue once in the midst of the dating scene, or starting to date and becoming exclusive with someone, which, like life tends to do, just happens. The reactions you get are as varied as the people you may meet or interact with online, and the more you do interact and date, the easier it is to guage the right time, or if the person you are seeing but not more then occasionally and just for company now and then even really needs to be informed.

A lot depends on how open you are about your illness, and how you feel about yourself. If you feel like you are less then because of your illness then it will be a bigger issue to you and possibly cause undue stress from worrying about the when and how and the reaction you will get.

Even in a place of confidence, if you really want so and so to like you, or they are really who you want to be with, it will be harder to tell or decide when, and should they react badly or even nicely, but not want to see you, it can be devastating. If you choose to dwell on the what ifs, dating can be very depressing.

The type of Bipolar Disorder, you have, how it effects you and how stable you are should play a big part in your decision to tell and when. Even the most stable person with bipolar disorder, compliant with treatment and meds, who hasn’t had an episode in maybe years, runs the risk of having some dysfunction present itself while dating, especially if they have not been in a relationship for awhile, change alone can trigger an episode, nevermind the emotional intensity of a new relationship. or of realizing love.

If you are having bipolar depression or mania, and you are dating someone, don;t hide it from them if you are gong to interact with them. The more accepting of yourself and able to cope with the illness you are, the more chance you will find acceptance from others. You may plan a speech then forget the words, blurt it out when you are just talking but when you are ok with yourself, not stressed about hiding you find that those things don;t happen with the ones who don’t need to know. Soon it comes naturally, and you will see the opportunities and share in your own way.

You can only control yourself, so be prepared for anything, pleasant and not so much but don;t judge and don’t let it get you down ,especially if you don’t get the happily ever after you thought you wanted.

It just makes room for a different one, just as good or better.

Some Golden Oppurtunitues to Tell

(or know when you shouldn’t)

There really is no right time set in stone to tell someone you are dating you have bipolar, but there are some really good opportunities.
Sometimes the lead in can tell you this is not the person you should disclose your illness to either…

(This would be a good indicator you might not want to worry about dating this person, much less telling them you have bipolar disorder.)

Just a thought in the last one

28 thoughts on “Dating Dilemmas for the Crazy; when to spill the beans.”