There comes a time in just about everyone’s life, and yea I mean everyone, where we have had enough.  Enough being mistreated, abused, enough conceding our worth, of being asked to do this or that or whatever, just enough.

Everyone feels it.  Enough is whatever it is to that person and whatever they have as their experience of threshold of tolerance.  Enough is individual  but there are others whose enough is the same as ours. or the same as someone else’s.. If you, or you, or you have felt at the point of enough, someone somewhere, sometime has too.

No one’s pain or breaking point is less because it is less then what another can bear.  Everyone deserves to be validated if they say they are not going to make it through whatever, or they ask for help, there is no right standard of measure that makes one worth helping while another treated like an attention seeking whore, or whatever.

I have a mental illness.  That makes me special.. Ya know what?  that’s bullshit. 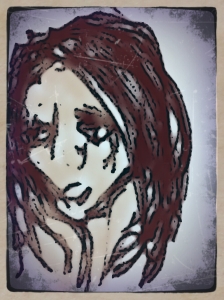 I mean I am special no matter what, and so is every single human being on this shithole of a place we call home for the allotted time we are here.  Just because their life, my life, your life…is a gift.  We are blessed with the ability to do great things and we wallow in shit and point fingers and torture the weaker ones and I am sick of it.

I have had enough.

According to the rhetoric popular and politically correct in these enlightened times, I have every right to be able to ask for help and get it without even having to try and explain myself.  The truth and reality is that popular rhetoric is a bunch of crap and what I have  – does make things harder for me to do and bear and be, and I should have help when I need it but its all talk and no walk.

When faced with the reality of my chaotic shit storm and dysfunction, there is not many who step up and do what never should be questioned.  What is the point in the rhetoric if all we do is spout it in empty words and then turn on the very person who has the right to count on it and blame them for having the audacity to make anyone uncomfortable, or to mess up someone’s plans or to be selfish enough to ask for a hand doing something they can’t, or even think they cant do?

I am not in more need than someone who isn’t fucked in the head  just because my particular illness has a nice neat little label that we can use to explain away my existence and nonconformity, if they are in need, at their breaking point and ask for help. I don’t lord it above anyone ..or play well mine is more serious than yours so..there.  I don’t expect any different treatment than someone else because I have a serious mental illness…

I hate saying it, I always have, I feel conflicted about putting it anywhere yet I do because ..well not because it should grant me special passes to living with integrity, mindfulness and empathy, tolerance and fucking humanity for sure.  I don’t wave it in your face to get pity or special consideration, although there are those who think that is exactly what anyone who wants to talk about the pain they are in is really doing.

I talk about it, write about it because  I have a gift of being able to sometimes make it understandable to someone who will never feel it.  I try make it relatable to normal and explain it so that people like me and who have issues like me, people who need help, any kind of help, can not have to qualify their urgency by the words they use to describe it.

I speak of it and think on it and try to find answers and share because I want to make it better for everyone, I am willing to open myself up for scrutiny and study and even reveal my innermost and most shameful thoughts and feelings because, there is not point in denying them.  And there should be no reason to feel ashamed of them.  Or less than because we look at the world differently or don’t fit in or can’t get through a single day without something hurting so bad I want to say I have had enough.

Oh, I haven’t even started with the revelations, and the truth of it.  I have been on a journey I have taken my time getting here, I have tried to deny and tried to fit in and tried to not upend or disrupt anyone’s life to the point of making them uncomfortable, or having to deny my needs and my truths to validate someone else’s .

I am sick to death of the bullshit we want to believe, the bullshit we hang onto for dear life, saying over and over again, to be able to convince ourselves we are good people because we can say it.

Oh I am guilty too.  The difference between my own failing and that which has gotten me to the point of enough is a little word called accountabiltiy.

I am not a victim, except in the sense of being victim of others stupidity, ignorance and just plain lack of human decency.

This month has been comedy of errors, one after the other, all of which have left me dazed and confused and hurt.  Certainly I put myself in the position to be on the reciving end of the idiocy I have had to bear this past month.  I took the steps that put me in a place of less than desirable existance, but I did not anticipate the lengths that this position would afford those who assumed they knew my intentions, nor really deserve to be treated as if I deserved it all because of those false assumptions.

Those who made them. were of the mind that they could pass the buck, blame someone else, say they were sorry but they can’;t do anything to help and leave me to pick up the disaster of their mistake and lose time. money, and faith in the compassion of human beings for one another.

They don’t have to help, or take the blame. or fix their mistakes, they were only acting on the way most people who have been where I am, where I admittedly on one decision for sure took myself, on another, made the mistake of not ever thinking what happened, could, because I did what I was supposed to.

What is the matter with people anymore that they don;t listen to someone telling them their intentions and decide they know what the person in question is going to, or not going to do.?  What is the matter  with people who make the mistake and upon being shown proof of their error, instead of even the least possible way to amend anything, an apology, they still say tough shit ?

I have a lot of theories, one being they get away with it because no one speaks up and fights back, fearing as I do too, who would possibly believe something like this could happen, and I have much more to say about the companies who have put me in the position of being a victim, if only by my own lack of understanding of how truly low and despicable people can really be to each other, epsecially for the sake of a stupid dollar, or hundreds of them.

It is beyond my comprehension at this time still.

I just know I have had enough.