Here we are again for the next letter in the A-Z April Blogging Challenge and the letter is D.

Exactly.  Although I am willing to bet there are quite a few women reading this not saying huh because it is something taught to many of us as a way to get our guy.  More on that in a minute.

It isn’t just for or about women though and

is about the trend of dumbing down and how a little dumb maybe is getting away from us as a society.  Really.

Not long ago it was mostly just a girl thing, the dumbing  down of, with two pretty distinctly separate camps.  The one believing a woman should not show her true intelligence, and the one thinking she should.

Some may not even really be aware of this.  It is something that just is, due to the way society is and how women have been treated through history

Women are taught, not necessarily by words, but actions of their role models to act, well…dumb.  Dumber than they are, around the menfolk and somehow we are given the idea, maybe even told outright we won’t have a man if we scare them away with our brains.  Our place is in the home looking pretty and doing things that aren’t overly taxing on our intelligence.

Things of  course changed with the feminist movement but we will discuss that particular movement later.

There is not much room for middle ground between the should or shouldn’t camps,  but as a whole, ideologically it is two different worlds in the 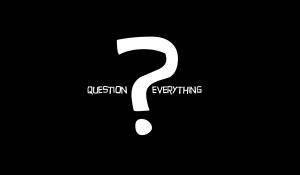 The dumb down camp defines women’s self-worth by their looks.  They place value on beauty and physical appearance and make no mistake a woman can go a long way and get by a long time on her looks.

The be as smart as you are camp values the intelligence a woman has, defines their self-worth more about their iq and recognizes looks aren’t everything.

Great.  Hey let me ask you this, what about a beautiful woman by the standards society places for beauty, who has an above average, higher than most iq?

Women dumb themselves down to be more attractive to men.  What does that say about men?

It says they don’t value a woman’s intelligence as much as other parts, not all men of course but it must be many or else why would it even be something women do? But really what is says is that many men fear intelligent women because intelligent women are perceived as strong, independent and thereby a threat.

It says something about women too.

Strong intelligent, independent women threaten weak men, and when men are threatened they wont date, sleep with much less marry the perceived threat – they will avoid and bad mouth, try to belittle and punish by acting uninterested and leaving these women as spinsters.  (this can go both ways so no I am not picking on guys alone  …just saying )

The real bottom line is the true self vs false self and whether either of these groups of women are being guided toward a healthy false sense (the persona you show the world) which is able to be the willow and adapt to external cues and social situations while remaining true to the true self, the self of integrity and connectedness and wholeness as a person.

It is safe to say women who are intelligent and adapt the persona of dumb, do not have a healthy false self as they are denying who they really are.

The smart woman who does not deny her intelligence is more likely to have the healthy false sense yet they too can swing to the unhealthy by using only their academic intelligence and not social intelligence thereby creating situations where they refuse to bend to a certain dogma because they are told dumbing down is a sign of weakness and fragility, even if their true self is actually in a position to be weaker or fragile.  For instance, petite woman opening a heavy door when there is a giant of a man right next to her… who is “weaker”?

This phenomenon is not just the way of women.  It is a cultural, societal and subjective thing.

Dumbing down is a matter of social intelligence, common sense and pack mentality, or fitting in, thinking.  Some are able to do it subtly and without even realizing it.  They can gauge the intelligence level of the crowd they are in and adjust accordingly to fit in, not putting their intellect below or even equal but able to not intellectually offend the less educated.  For example, you probably wouldn’t want to discuss say, existentialist theory at the vatican,  more a matter of cultural dumbing down than intellect.  Or…  oh never mind.  Moving on.

If you are at a cocktail party, or in an occupation where there is a wide scope of intelligence, this is not a bad thing to do.  It prevents people being defensive, unnecessary when in these situations, where it is just better to mingle and get along,  to follow orders for the good of the group, even if they are dumb.

The orders, not necessarily the group.

When done correctly, I am here to tell you, no one is the wiser for it nor feels offended by the subtle shift.  Socially, for society, it is pretty clever.

The stupid don’t feel like so and so was a condescending arrogant know it all,  and so and so is a person who can make peace and adapt to all types of people with a tolerant and open-minded view of the world.

They aren’t intellectually stimulated all the time (although certainly entertained)  but they are smart enough to know how to fix that, as long as they are not dumbing down for everyone, spouse kids family, close friends included…then its dumb.

They key is not doing it all the time…  a little is good, more is lying.

In recent years the entire human race seems to be dumbing itself down, presenting a false persona by accepting  bad behavior and ignorance …  Lowering its standards to avoid hurting feelings and alienating of those who really are weaker, less adapted or less educated.

An example of this would be in the rules used to govern society as a whole.

Instead of requiring those who are able, but not willing, to rise up to the higher standards, rules are made, then cause conflict, for those capable of not having such structured lives in the workplace or financially or anywhere.

At some point we decided it was right to have the majority live by rules made according to the bad behavior of the minority.  The outcome is the dumbing down, whether through denial of the true ability, integrity and intelligence of the collective whole by making rules that are PC, or by allowing the standards previously accepted on social levels fall lower in order to keep the less able to from falling behind but which also allows the lazy and thoughtless to prosper through non integrious means.

Any which way you look at it.  It’s dumb.

It’s giving up on the power of the people and denying the intelligence of the whole human race by putting  power in the hand of the idiots who refuse to open their eyes and are willing as sheep led to the slaughter, as they bleat loudly for their own gain.

We aren’t that dumb.

To Your Mental State, whatever it may be.

26 thoughts on “A-Z Challenge; D is for Dumbing Down Mental Moment”