I need another day to sleep in.

Well just sleep would be fine actually.  And it doesn’t really matter because

The Day That Shall Not be Named

shall always feel like you are getting cheated out of something, be it an extra hour of sleep, unless you hit snooze too many times which then would lead to missing breakfast and getting stuck in traffic.. It just snowballs.

That”s the reality of it, at least from my perspective.

Which leads us right into  (and oh ever so nicely too – see that?)

It;s about reality and how everyone perceives it differently.

How does that work you may be asking yourself.  Or me I guess. I am the one who suggested it.

Everyone has a set of values and beliefs that they filter what they see through that determines what is reality for them.

For example, let;s say we are sitting in a sidewalk cafe, watching the hustle and bustle of the busy street, and can hear the noises fron the inside of the cafe as people chat and dishes clank and let;s say it is…mid-morning.  Not early but not quite noon.  That doesn’t really matter I am just ..wordy today.

Now all of a sudden from inside and far in the back there is a loud yell and a huge crash and then a scream and more crashes and dishes breaking and then a kid, no a man, comes running out into the outside sitting area, looking behind him as he runs, knocking over tables and chairs in his path and crashing full speed into your waitress who has just come around the other way with a tray full of ..stuff.

What were you having today?  I had the coffee and donut.  They make the best donuts here…really.

Chaos ensues, you get hot coffee spilled on you but thank goodness it misses hitting you directly and therefore you avoid getting burned.  Hey, we don’t have to make it traumatic to prove a point.

At least I don’t think so.

So the guy gets up and runs away and things start to settle down the police are called and in they come and start questioning folks about what transpired.  How many different versions are they going to get do you think?

It doesn;t make a bit of sense, there are the facts, it happened, it’s an event. So how could people describe it differently?

The police may get several versions of how old the man was, what color shirt he was wearing, even age height and race is highly subjective,  how the whole thing started and how the waitress ended up on her kiester and where exactly that hot coffee landed and how badly you were hurt.

See we all had the same information go into our eyeballs, but before it comes out again as a recounting of events it is filtered through our personal belief system of values.  It also depends on how personally invested we are.

Your perception is how your brain fills in the facts for you.  And it fills them in based on your particular ideas of how things should be and what your values and beliefs are.

An event like the one we used for our example happens suddenly and is over quickly, our eyes take it all in and our brain absorbs it but my not be able to retain it.  By the time the police get there and start taking stories, your brain has filtered and refiltered what you saw and depending on how emotion ally invested you were, has morphed reality to  view you can accept and understand.

Because we need to be able to understand, if we can’t, our perception, the filters that are our values and beliefs and life experience, puts it into our own language.  Kind of how these Mental Moments are really my perception of things.

And some of you see it the same way, some of you never thought of it (it being whatever the topic is) that way but go wow!  that Lizzie she is ON it!

Haha ok sorry sometimes I like to stir it up a little.  Let’s move on.

Some people in our example may say they honestly don’t remember, and some people may not quite remember but they give their best guess,  their perception hard at work  and some people will swear it was a monkey, yes it had a tail and it was going crazy….   because they aren’t sure what they saw but their brain fills in for them.

The people most likely to say they saw the monkey are  the victims, in this case, whoever was in the back, whoever got run over on the way out, you and the waitress.  Because you were wronged and possibly injured – put through some trauma, it will be important to you to give your version of events to the police.  So important in fact that your brain has filled on what you didn’t retain – and hasn’t bothered to tell that you  aren’t exactly sure.

Explains why when there is an argument between two people and maybe a witness who doesn’t give a monkey’s butt – doesn;t know either of the parties, you will get three versions of the argument.

Whose reality is closest to reality do you think?

Remembering that everybody has their own perception of reality can help you have a little more patience when you hear someone say something that isn’t quite the way you see it.

Kind of like you say potato and I say potato… ummm well anyways,

Just saying, food for thought.  I really wish the waitress hadn’t thrown my donut at the guy.  What?  That;s not how you saw it?

To Your Mental State, Whatever it may be. 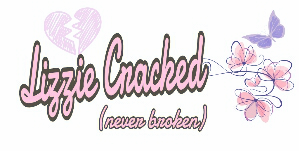 14 thoughts on “The Reality of Reality, Mid-Afternoon Mental Moment”